Have you ever had one of those chance meetings in life when you met someone who inspired you with what they did, even though you knew nothing about them.  One of these people was Sang.

Master Sang was an extraordinary person I met in the early days of my kung fu life. He wasn’t part of the style I knew, but he was very impressive nonetheless.

Around 1980 I was due to fight in the Australian Titles for Kung Fu in Melbourne and had traveled there with a couple of other guys who were competing in the same tournament.

Sang was staying in the room opposite us at the hotel.  He saw us practicing Kung Fu in the hallway and asked what we were doing.  We told him that we were fighting in the up coming tournament.

He started telling us what he used to do and how he had fought in 10 tournaments and won all ten!

These tournaments had no rounds and no rules and everyone would bet on the winner. 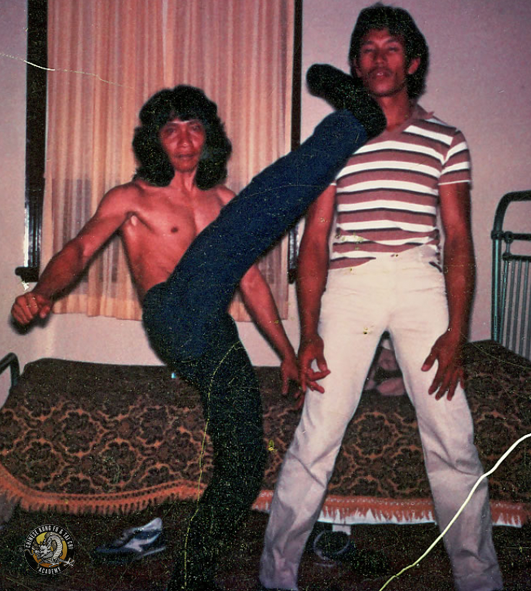 In the hotel room Sang demonstrates his kick that won him so many fights.

At first we weren’t sure about Sang but a couple of days later we were training in the stairwell and he started talking to us again so we asked him to demonstrate to us what he knew.

There was a 4 x 4 corner piece of wood on the stairwell, using the back of his fingers, he hit the wood as hard as  he could but there wasn’t even a scratch on his hand.

On the other side of the stairwell there was jagged looking exposed bricks sticking out, he then clenched his fist and hit the brick wall that hard it sounded as though the bricks had come out of the wall.   We were very impressed and not even a scratch on his hand.

He then demonstrated his favorite kick which he claims to have won most of his fights, he hit the wall that hard with his foot I can understand why he won his fight.

He also showed us his secrets for hitting hard.

This is hard Chi Kung also spelt as Qigong – 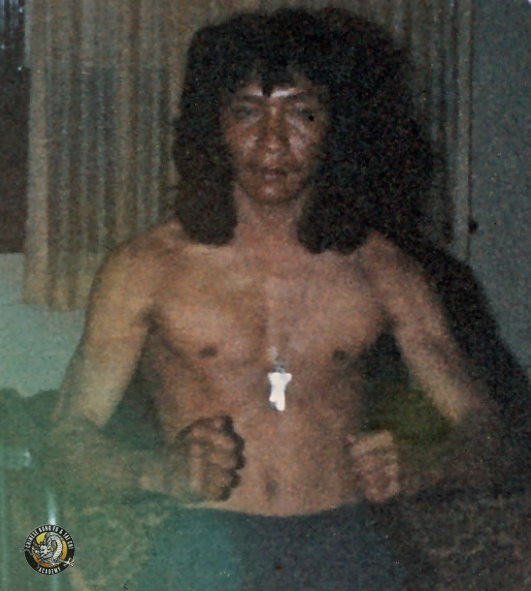 Sang showing us his hard Qigong that he uses.

Master Sang said to do this for half and hour every day for 6 months.

Hard Chi Kung generates heat which, too much, can be detrimental to your health, that’s why you need to balance things out with yin (cooling) exercises such as meditation, soft breathing, etc.

I believe Sang was very good at his Kung Fu and I gained a lot from practicing his methods.

A WORD OF CAUTION

You must be careful in practicing hard Qigong.  My Si Gong, Kong Hing, when asked about this, said not to practice all the time because it’ll slow you down.

Choy Lay Fut Buk Sing revolves around speed, if speed is not paramount to your style it is a great exercise to build your internal energy.

Also remember with any new exercise to start slowly and build up the amount of reps. Do a cooling exercise after any hard Qigong, as this will help balance the yang energy.  If it’s not balanced properly you can make yourself sick.  Always use common sense and consult your health care provider for advise if you are unsure.