Could Russell Brand be Changing the Face of Spirituality and Meditation ?

Read this article: Could Russell Brand be Changing the Face of Spirituality and Meditation ?

Could Russell Brand be Changing the Face of Meditation and Spirituality? 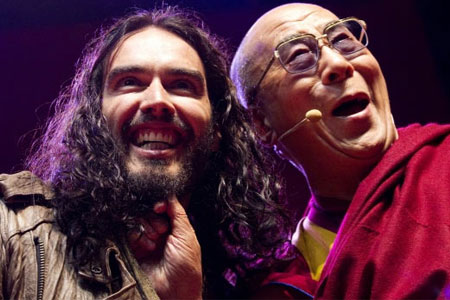 Russell Brand is a well-known celebrity who has had problems with drugs in the past. However, he seems to have found peace through meditation and he is not just sitting alone in a corner and humming away; He is using meditation to do amazing things. He is changing the way people think about the spiritual and how they can use it.

Using spiritualism to transform the society

According to Russell Brand, spiritualism has always been thought of as something private. This is where the problem lies. Spiritualism should be used to transform societies throughout the world. People spend hours connecting with their inner self and then go about their business as if nothing happened. This is quite wrong and unsustainable. If someone takes the time to meditate, that person will most likely see the truth. This truth should then be shared with the rest of the world. If people who meditate did more for the world, they would become the change they already know. Thus, Russell Brand is saying meditation is a powerful tool for social transformation. Learning how to meditate is not enough; one must learn to use it to see the change they want.

Gaining an appreciation of our lives

The sad reality is that today most people are not living their lives. They just come into this world, exist and depart without understanding anything.  This is a major problem that Russell Brand sees being cured by meditation and spirituality. It will help us understand what our real place on this earth is. As a result, we will not easily fall victim to the problems of this world. For instance, Russell admits that it has helped him with his drug addiction. A person cannot be anything in this world unless they know who they are. Meditation can be used to help people reach greater heights of achievement.

Using it to appreciate other human beings 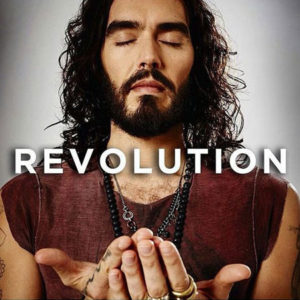 One thing that is for sure is that western civilization has very little appreciation for fellow human beings. Everyone is too caught up in their own lives to care about others. The new definition of spiritualism and meditation will help people appreciate others more. This can be done by understanding what our position on this earth is. As a result, we begin to understand that everyone has an important role to pay and should be treated with understanding. It could also lead to less conflict in the entire world.

His meeting with the Dalai Lama

The Dalai Lama was so impressed by Russell Brand’s use of meditation that he invited him along for a press conference. The entertainer obliged and was in fact very glad to be there. According to his newfound spiritualism, Russell feels that what others think of you is not relevant.  As long as you can achieve the truth and share it with the world, he feels the world will be better.

When he was asked if his decision to meet with the Dalai Lama would affect his career, he said he had not thought about it that way. However, he was still convinced he would be able to get acting jobs. In short, his meditation has increased his hope in humanity. Russell Brand claims that we can solve the problems of the world if we look inside ourselves. Although the Dalai Lama is far from his Potala Palace in Tibet Lhasa, his hope is to see a free Tibet.